A group of ten students arrived at West Lakes Canoe Club eager to test themselves against some of the best triathletes in the state. Cold and blustery conditions made it tough going in the individual events. Tom Roberts, Harsha McGrath and Lucas Bradley competed in the Open U/20 State Championships all posting strong times in a packed field. In the Come ‘n’ Try event, Year 9 students Brae Rawnsley and Jonathan Nguyen performed extremely well. Brae came 1st in the race which is an incredible achievement for his first triathlon.

The Open boys were feeling confident going into the team race, Lucas Bradley swam a great first leg, Tom Roberts was able to maintain a good speed through the cycle course and speedster Harry Whitford was clearly the fastest runner in the field. The boys finished just outside the podium but should be very proud of their efforts.

Next up, was the U/17 Girls lead out by Sophie Kelly who put the team in a great position after the open water swim. Immogen Pertini was quick out of the blocks and held on to third position going into the last leg. Tiana Cetta was determined to catch up to second place and ran very well. The girls finished 2nd and were over the moon to stand on the podium.

Our final team competed in the U/17 mixed division. Isabella Sedgmen began the race by swimming against the majority of boys; she held her own and put the team in a great position. Strong cyclist Jonathan Nguyen was electrifying on the bike, zooming through the two-lap circuit. A quick last transition gave the team hope of finishing in the top three. Brae Rawnsley got out of the blocks fast and was able to maintain a steady pace for the 5km run and the team was able to finish 2nd.

It was a wonderful day watching the students get out of their comfort zone and compete in a gruelling triathlon course. They should all be extremely proud of their efforts. 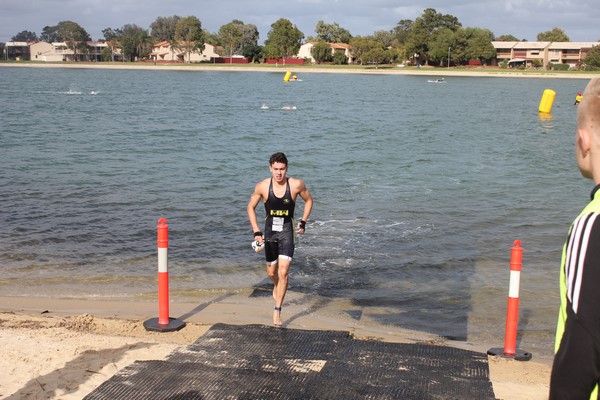 Above: Lucas in action after completing his swim leg 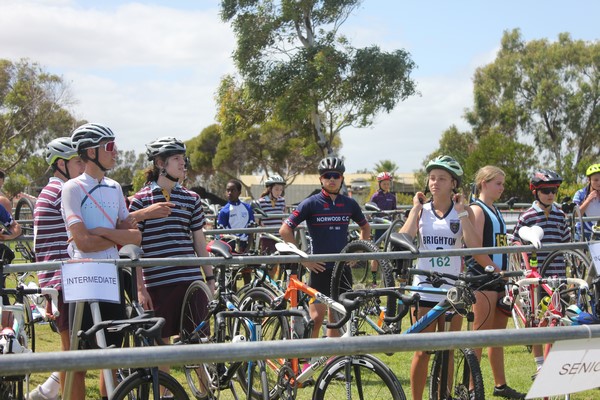 Above: Jonathan looking focused in the transition area ahead of his ride 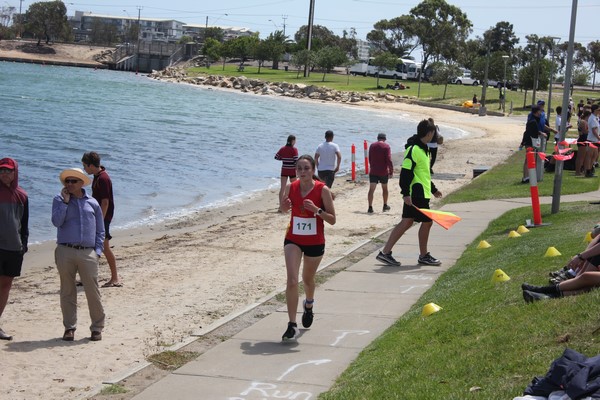 Above: Tiana during her 5km run 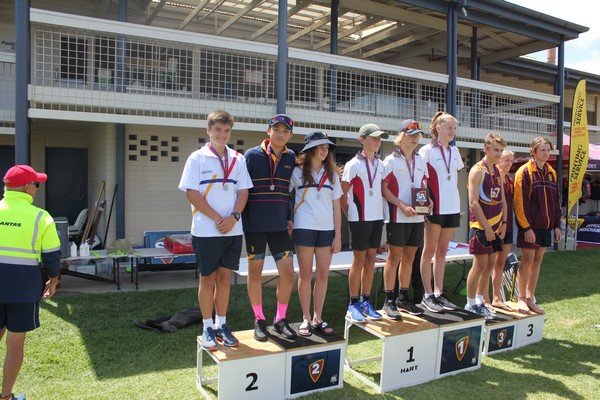 Above: Brae, Jonathan and Isabella on the podium after finishing second