In 2019 the SRC discussed the possibility of purchasing a Buddy Bench for use by Junior School students. The issue was raised by Year 3 representatives Estelle Turner and Luke Lafratta. It was decided that the SRC would hold a casual day towards the end of Term 4, 2019 which was able to contribute over $700 to the cost of the bench.

The bench that was chosen is made completely of recycled plastics, which also links to another common issue discussed by the Environment Group and SRC throughout the year.

We are pleased to announce that on Friday 7 February Father Hosking and Father Gill were at the official unveiling of the Buddy Bench and blessed it. Social Justice Leaders Joshua Gibbens and Marla Apolloni spoke about the process of using the bench and why we want to look out for others in our school community at the Junior Primary Assembly.

We look forward to our students having another way to express their feelings and support their peers. 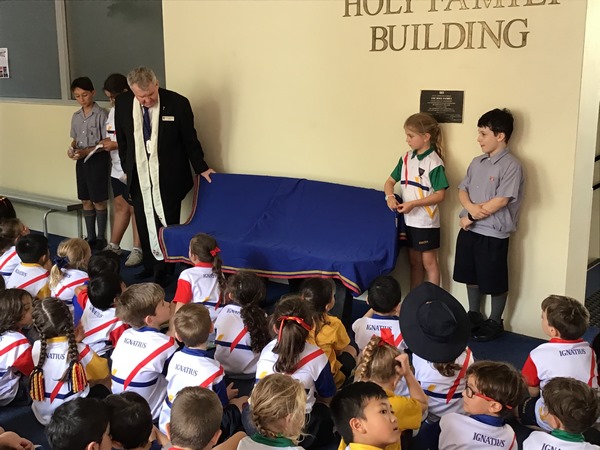 Above: Joshua Gibbens, Marla Apolloni, Father Hosking, Estelle Turner and Luke Lafratta at the official unveiling of the 'Buddy Bench'. 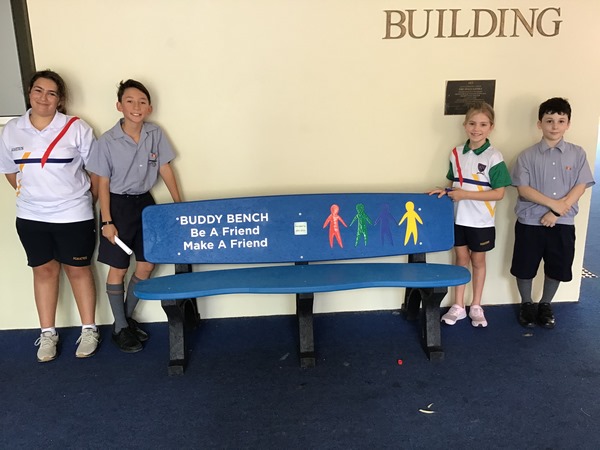