Following some recent medical issues, Fr Brian McCoy our Provincial, has asked Father Terry to move to Campion House in Melbourne to recuperate. Father Terry has family in Melbourne, and he will receive good medical care at Campion.

Father Terry has devoted over 50 years to the ministry of education, especially as a teacher of mathematics, science, physics, religion, and philosophy. At Speech Day last Friday, Mr Coffey presented Father Terry with a gift from the College, and the nearly 2,000 people gathered gave him a standing ovation.

On Monday this week, some 70 people gathered to launch his recent book on thinkers in faith and science. The material in the A to Z of people of faith and science has been gathered over the many years of Father Kelly’s teaching and preaching, including his weekly Thursday reflections at staff prayer in the Senior School. Some notes about Jesuits and science can be viewed HERE. 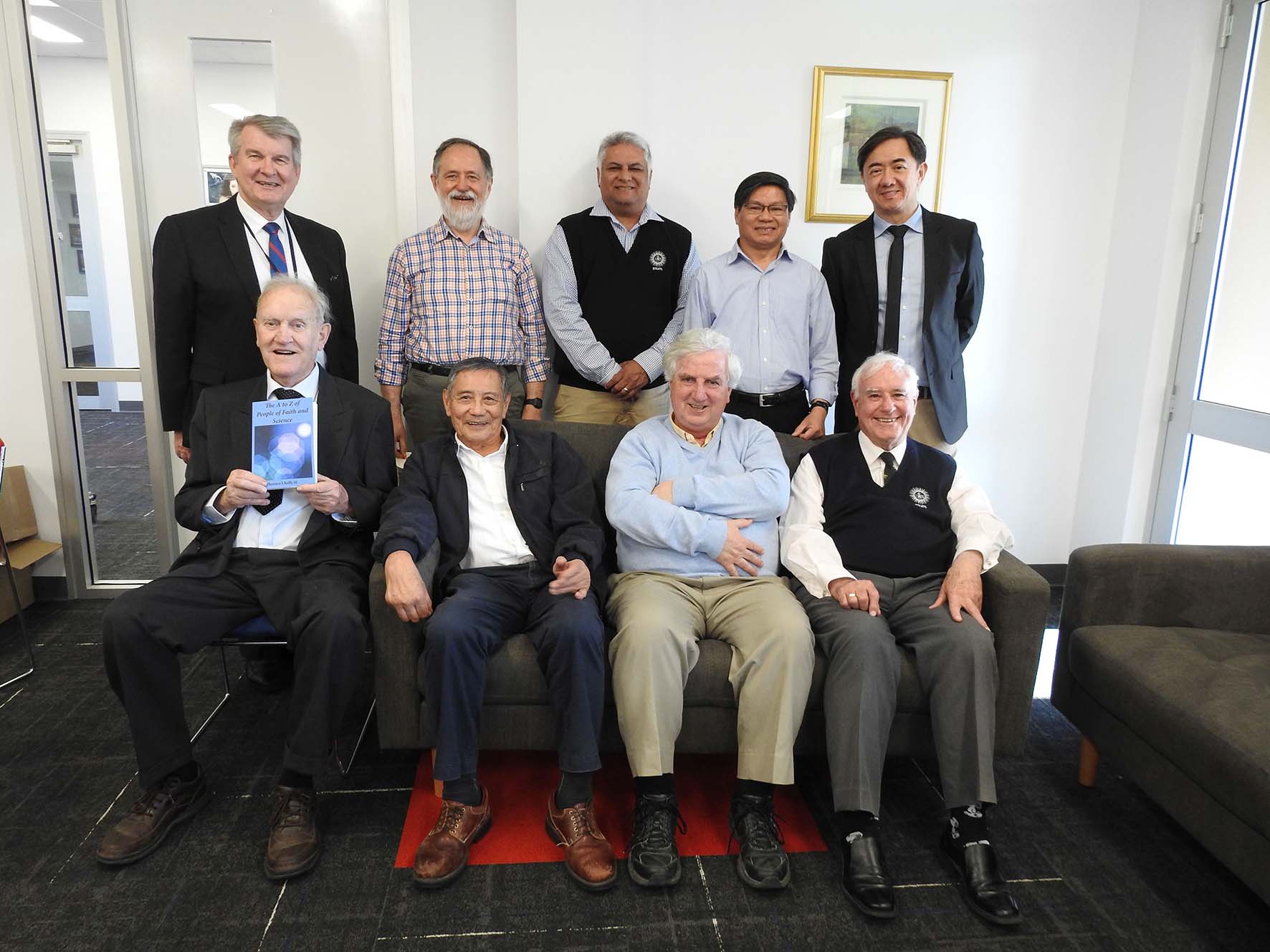 Above: Fr Terry Kelly with fellow Jesuits at his book launch.

Father Terry has a deep and fertile mind. He has read avidly in physics, as well as in theology and philosophy.  He is a part of this place, and has been a faithful and kind presence. He has been generous in his service as a priest, teacher, coach, and friend. We will miss his humanity and humour.

Father Terry departed for Melbourne on Wednesday 7 November.  If he is well enough, we would hope to invite him back to Adelaide in Term One 2019 for a further farewell. Next February he will be 84 years old.

OREMUS (Let us pray)
We remember all in our College community. May our prayers comfort those suffering at this time. May God’s blessing be a source of support in their sorrow and loss, and bring courage, patience, and hope.